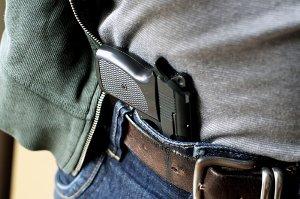 In July 2013, Illinois legislators enacted a conceal and carry law which, as its name suggests, allows Illinois residents to conceal and carry certain automatic weapons. The law made national news because Illinois was the last state in the country to enact such a law.

When the online application for a conceal and carry permit became active, 11,000 Illinois residents applied. Of these applications, several were denied, and at least 200 individuals have brought their objections to state court. Many rejected permit applicants want to appeal the denials because the applicants believe they were unfairly deemed a threat to public safety and consequently should not have been denied a permit.

On the heels of public disapproval and the backlog of conceal and carry cases, Chicago police departmentrevised the conceal and carry law. According to the new emergency rules, the police department is now requiring the Illinois& Concealed Carry Licensing Review Board to provide rejected permit applicants with a written explanation for their denial.

As for the cases that are already being appealed in state court, Illinois’ attorney general elected to send the state court permit cases back to the review board so that the review board can have an opportunity to offer feedback for the denials. The emergency rules also allow rejected applicants to submit a letter of objection to the review board explaining why a denial of the license is improper.

This policy revision is presumably an attempt to restore some degree of due process in the permit applicant process. Opponents of the measure contend the new impetus to provide feedback for permit denials fails to actually provide the due process it ostensibly promises.  Instead, the new procedure creates only the illusion of due process by mandating review board feedback, but all the while failing to give residents a right to constructively respond to and be heard about their denials. Additionally, it is unclear whether the administrative body tasked with reviewing conceal and carry permits has the resources to meet the demand of the rejected applicants.

We Are Here to Offer Assistance and Provide Information

If you have been charged for unlawfully possessing a weapon in Illinois, it may be helpful to consult an experienced Illinois criminal defense attorney as soon as possible. At Kathryn L. Harry & Associates, P.C., we have experience defending Illinois residents against weapons charges, including charges for carrying a weapon in self defense, possessing a weapon after committing a felony, or using an unlawfully acquired weapon to commit a crime. We encourage you to call us today at 630-472-9700 to discuss the steps you can take in defending against an Illinois weapons charge.