When Traffic Violations Start to Cost You More than Just Money 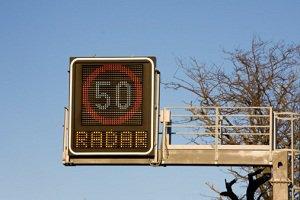 Many people spend a lot of their time in their cars and consequently find themselves racking up more than a few traffic tickets each year. If you are one of the people who find yourself accruing a speeding ticket here and a stoplight violation there, but promptly pay the tickets, you may believe you are safe from further legal consequences.

This might not necessarily be true. According to the Illinois Vehicle Code, repeated traffic violations may lead to significant legal penalties. Repeated driving violations can raise insurance rates and result in heavy fines, mandatory classes or community service or even jail time.

The Illinois Traffic Code ranks driving offenses using a point system. This means if you are convicted of a codified traffic violation, you get a designated number of points on your license.  Each codified offense in the Illinois Vehicle Code is assigned a specific point value based on the severity of the traffic offense. For example, passing a school bus when its alert signals are on results in a 25-point penalty, passing another motor vehicle in a no passing zone is a 10-point fine, and reckless driving can be a 55-point fine. Once you accrue a certain number of points on your license, you may incur a penalty such as the suspension, revocation or cancellation of your driver’s license. The severity of the penalty may hinge on the amount of points on your driving record.

At Kathryn L. Harry and Associates. P.C., we believe that it is important to know your rights in traffic court as well as the consequences of pleading guilty to a seemingly innocuous traffic violation. We also believe it is important for drivers to know that there are alternatives available to pleading guilty and mailing in a fine. Contact an attorney at (630) 472- 9700 to see if these alternatives are appropriate for you and your individual situation. Sometimes contesting a first-time moving violation offense can be the best way to protect your future peace-of-mind.